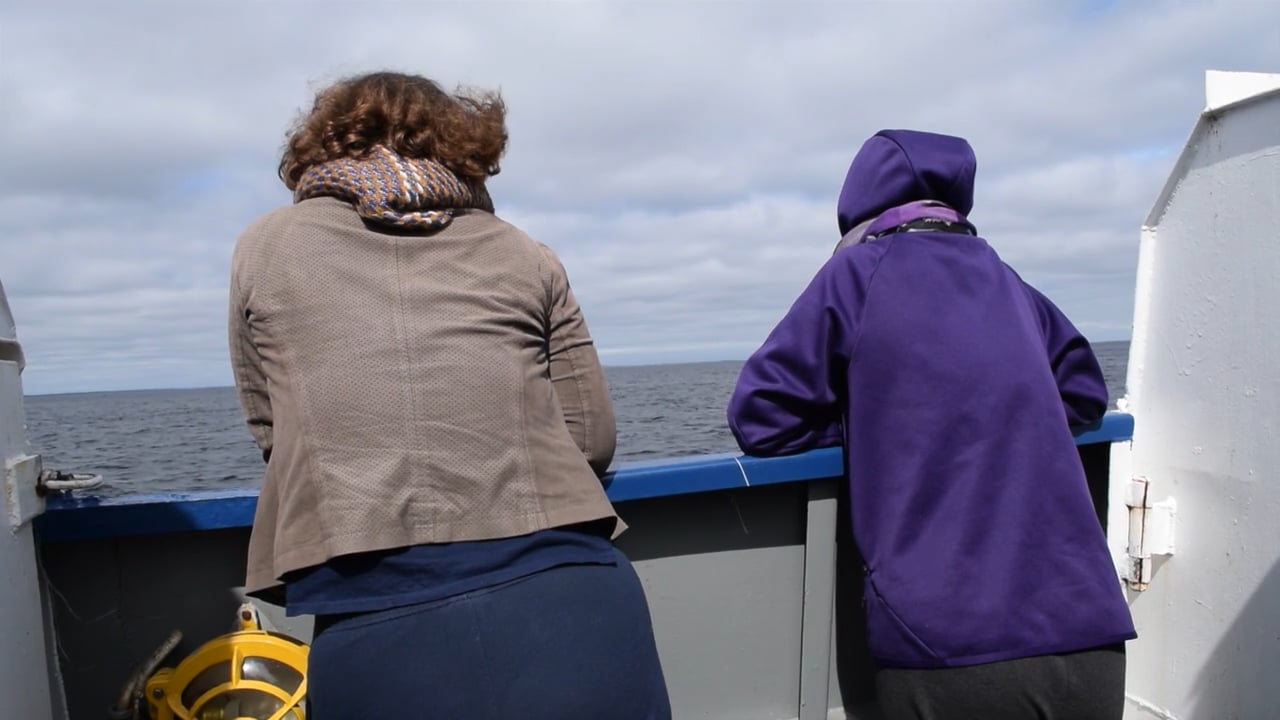 The Solovetski Islands in the White Sea in Russia’s Far North, were the site of one of the first and most significant prison camps of the Soviet Union, camps that are considered by many to be the birthplace of the 'Gulag'. The islands are also home to a spectacular 15th century Christian monastery and citadel, which used to house part of the prison camp but has been re-established as a working monastery and site of pilgrimage of the Russian Orthodox church since the 1990s. The film follows today's tourist trail through the islands, now a UNESCO world-heritage site, in order to interrogate the inscription of memory and suffering of the past in the landscape.

The film seeks to examine how social and cultural memory is spatially constituted both in terms of material ‘sites’ and bodily, performative practices. This relationship between memory and place has been a longstanding concern in both Memory Studies (Nora 1989; Spuznar 2010; Andermann 2014) and Social & Cultural Geography (Hoelscher & Alderman 2004). Discussions within both fields have focussed attention on how power and political contestation inflect the processes of spatial inscription and constitution of memory. The film examines this issue in relation to the site of the Solovetsky Islands (Russia). It seeks to experientially reveal and challenge the displacement of a secular, politically and socially transformative commemoration of the Gulag sought by Russian civil society actors and the inscription of a culturally resonant narrative of religious martyrdom advanced by the powerful Russian Orthodox Church that rehabilitates the Soviet & Stalin period (Bogumił et al. 2015).

The film was produced in consultation with social science academics and civil society actors who have been researching and participating in the memory contestation unfolding on the Solovetsky Islands. The long-term engagements of these consultants provided crucial background research for the film and informed its positioning of as a form of critical practice-based memory-work seeking to interrogate the memorial inscriptions of the Russian Orthodox Church, the dominant institutional actor. This aim was achieved firstly through the adoption of an observational documentary approach. This allowed us to map official tourist circuits and the predominantly religious sites, symbols and performances curated by the church. We then punctured the observational mode through the use of short expressive interludes and narrative contextualization which seeks to challenge the religious narrative and reanimate the historical traces of violence still present within the landscape.

The project revealed the potential of documentary film as a form of critical research practice in examining the relationship between power, place and memory. More specifically, we were able to explore how specific modes & techniques of documentary filmmaking might be mobilised for the task of re-animating material traces of historical violence. This included the adoption on an observational mode and its strategic un-settlement through expressive manipulation of filmic space-time involving visual and sonic 'lingering' on material traces. This filmic disruption of the geographies and rhythms of the 'official' tours generates both affective unease and alternative modes of moving and experiencing the landscape for the audience. Overall, the project allowed us to explore how creative film practice can in this manner combine a focus on the ‘local and the immediate’ material experience without ‘exclusion of other causal powers’ implicated in the field of memory and heritage (Campbell and Smith 2016).

Review 1. Interesting film about the construction of memory, of memory of places and how people relate with those same places.
Also it helps to reflect on how people are, act and interact in these places.
What is more is more important, to read the commemorative plaques on the stones and think take consciousness about their meaning, or to take a picture of them and just keep walking?
Review 2. Asks upfront – what is it that tourists see at this site, a monastery that was first gulag? Answers that by showing us the sites of terror. It is framed as a visit and gives viewer the feeling that, like a tourist, we only see a brief history, but, it leaves an impact.