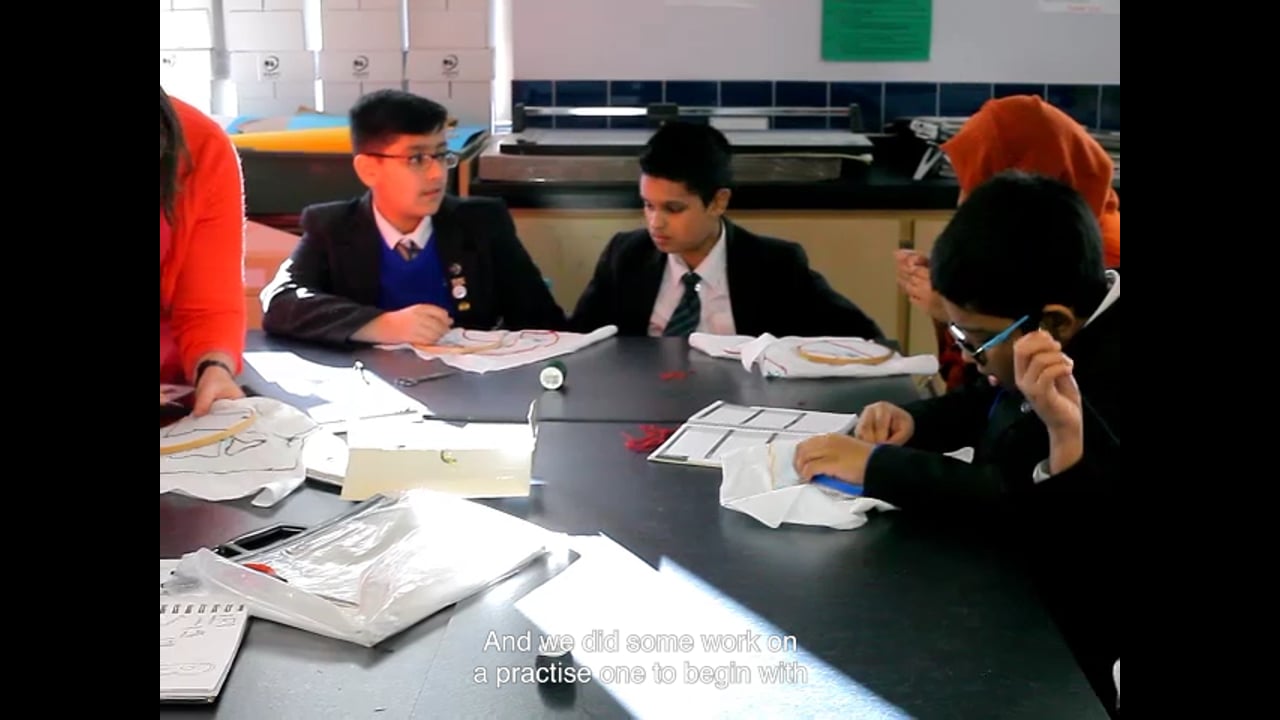 Lynn Setterington
UK
This film describes a stitch-based project which took place in 2016 in Manchester involving the Ahmed Iqbal Ullah Race Relations Archive, Burnage Academy of Boys and myself, a professional embroiderer. Central to the enquiry was a signature cloth – a textile made up of hand-sewn autographs which originated in the US in the 1830’s as a way to record friendships as people moved West in the search for new lives. Creative workshops enabled the boys to explore stitch as a means of expression and create a commemorative banner to remember a past pupil killed in the school in a racially motivated crime in 1986.

Selected Reviews
The film shows a great combination of source images, initial images, process shots with the boys working and an interview with the convener that was helpful in explaining the project. An excellent example of how film can be used to document a process in a way that complements the artefact created.

Really liked this short, simple approach. It worked because it was a really interesting project with an interesting group of participants.