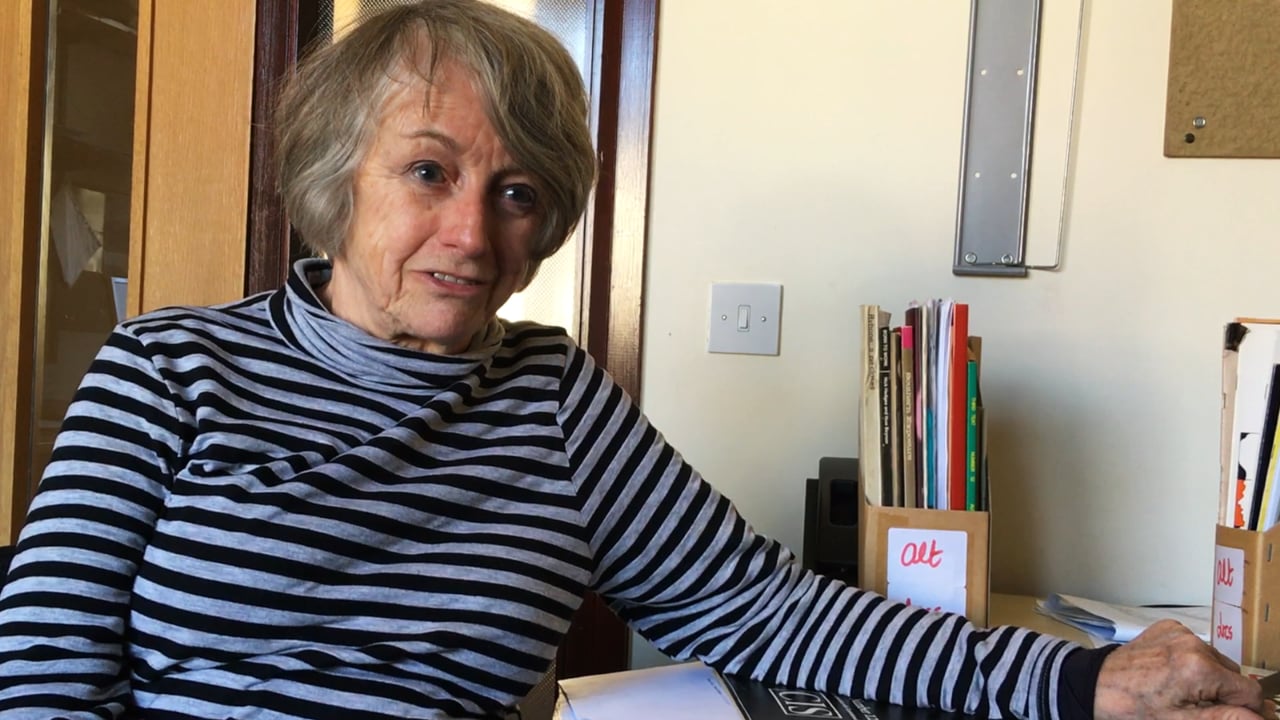 Significant Geographies: Reflections from a Paper Age
Milton Keynes UK
Shot weeks before Doreen passed, this 'test' film was intended to be the beginning of a project exploring the substantial archive of activist materials that Doreen Massey has collected over her career. While most studies of Doreen's incredible contribution to the discipline tends to focus on her academic writing, this project set out to explore her life as an activist-scholar.
The intention was to use discussions about her archives as the basis for an argument and analysis of the significance of geographical thought at certain crucial moments (in which Doreen was involved) over the last (nearly) half-century.

While this project was never realised, Doreen's reflections on her life as an activist-scholar of the analogue age is a useful way to reflect on how the digital world has changed the way we carry out research activism.
Additionally Doreen's collection of analogue activism can also help us understand how our digital world is still bounded by materiality, and how much of the language of digital is shaped by our analogue/paper past.

The ‘message’ intended was not about Doreen Massey’s life but an argument and demonstration of the significance of geographical thought in some crucial real-world situations. Doreen selected the following ‘moments.’

1. 1980s – The birth of neoliberalism – the Greater London Council and the miners’ strike.
2. 1990s – The evolution of a feminist economic strategy and nation building (regional design of a constitution) – South Africa in 1993, two years after the release of Nelson Mandela.
3. 2000s – New spatialities and the geography of democracy – Latin America