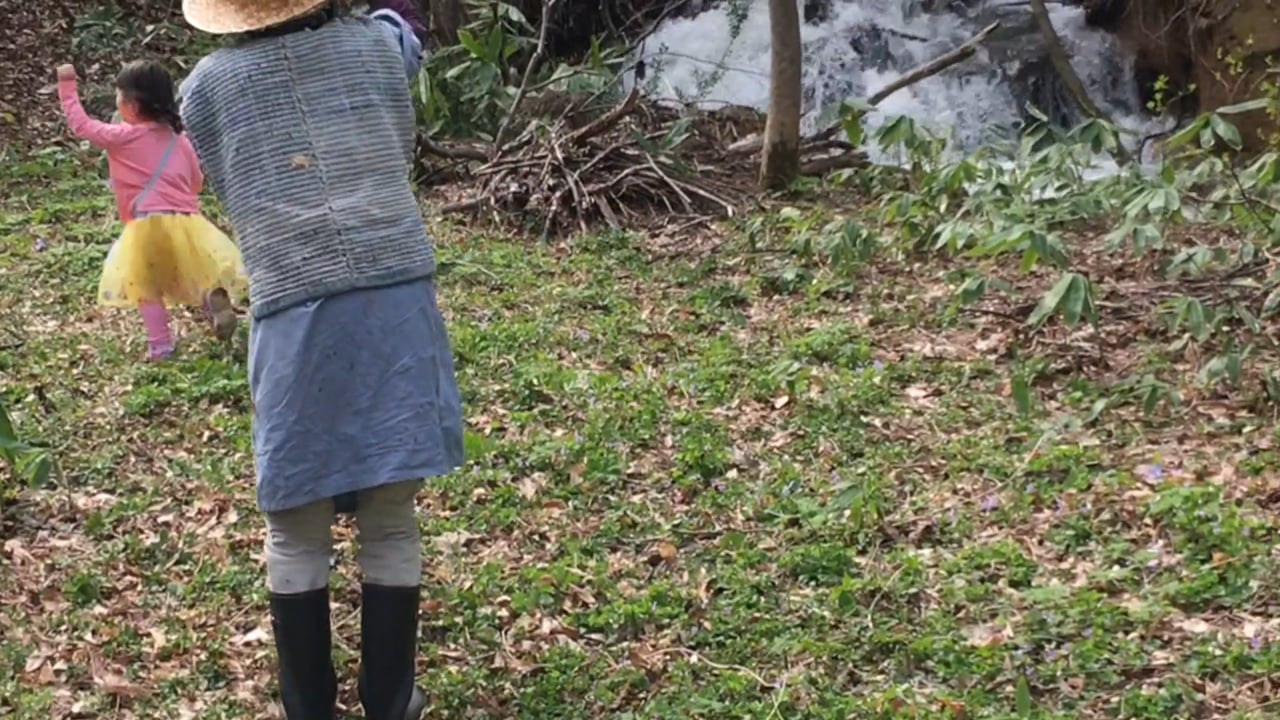 This film is set out to explore the relationship between body and the environment and to express a different perception of Nature, a non Westernized one in which humans are a part of it. Yuki Yuko's image of the body is an extension of her surroundings, and her dance is incessantly a becoming: a snake, a bug, a swan or an animal. Her dance techniques give the impression that even during a conversation or when having lunch she is continually dancing. Yuki Yuko sees that any movement and existence equals with dancing and the film attempts to express the intensity of her dance.

I have made this film after 3 years of fieldwork and I purposely opted for a style that would be true to the rhythm of dance, without a narrative. I used an old Sony digital camera that became a part of my own body and the team was formed of 3 women. I have changed roles and made the dancer film some images herself, or the editor be the cinematographer.
I purposely cut the sound in some scenes because the dancer whom was participating in the editing process desired it and was a way to express the "silence of her being". This may give the viewer an uncomfortable feeling or the impression the film is not finished or edited correctly but I think bodily expression and perception of sound and mood needs to stay true to images and the unease a viewer perceives is of his own body. I also didn't use any explanations and commentary of the images because in this way the viewer would be more open to understand the images directly the effect he/she would have by watching a performance.

Selected Reviews
It deals with the personal perception of a single artist.

Very unique perspective of a Butoh dancer and how place and nature come together. A brave effort to depict the art of avant garde artist Yuki Yuko who risked being misunderstood but whose engagement with the elements of nature to her dance remains fiercely committed.