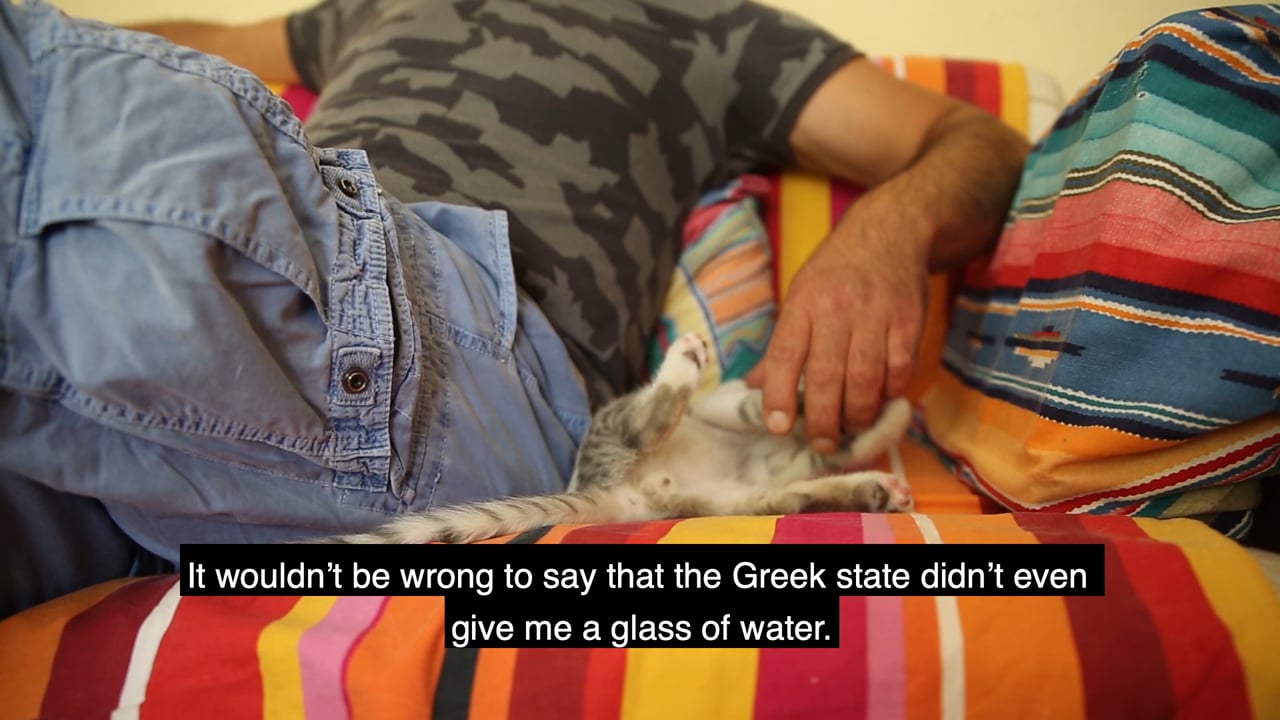 Following the life of a Turkish political refugee living in a squatted neighbourhood in Athens.

My first purpose was to raise the voice of political refugees, who have crossed the borders to escape persecutions in their own countries. I wanted to explore the connection this man has constructed with this alternative living space. The squatted neighborhood is a complex space itself, with its own rules, system and cycle but after all, it is a refuge for refugees from all around the world as well as any one who share the dream of an alternative way of life.

This was the biggest squat I have seen and I was fascinated from the collective work that keeps this place alive. In those straitened circumstances, they try to implement a horizontal administrative system based on solidarity. My biggest challenge during the filming was my lack of filming equipment. And also, I think I should have stayed there even more to realize a full-length film about the squats, by listening to more stories to show the different trajectories. As I am a political refugee as well, I face similar difficulties to stay in different European country so I didn't have the means to stay there longer.

Stories of exile in Greece, the hardship, the everyday challenges and quotidian ways of living in your adoptive country. Instead of talking heads, talking bodies are shown interspersed with random occurrences in the urban area including people, places, cats, and practices.