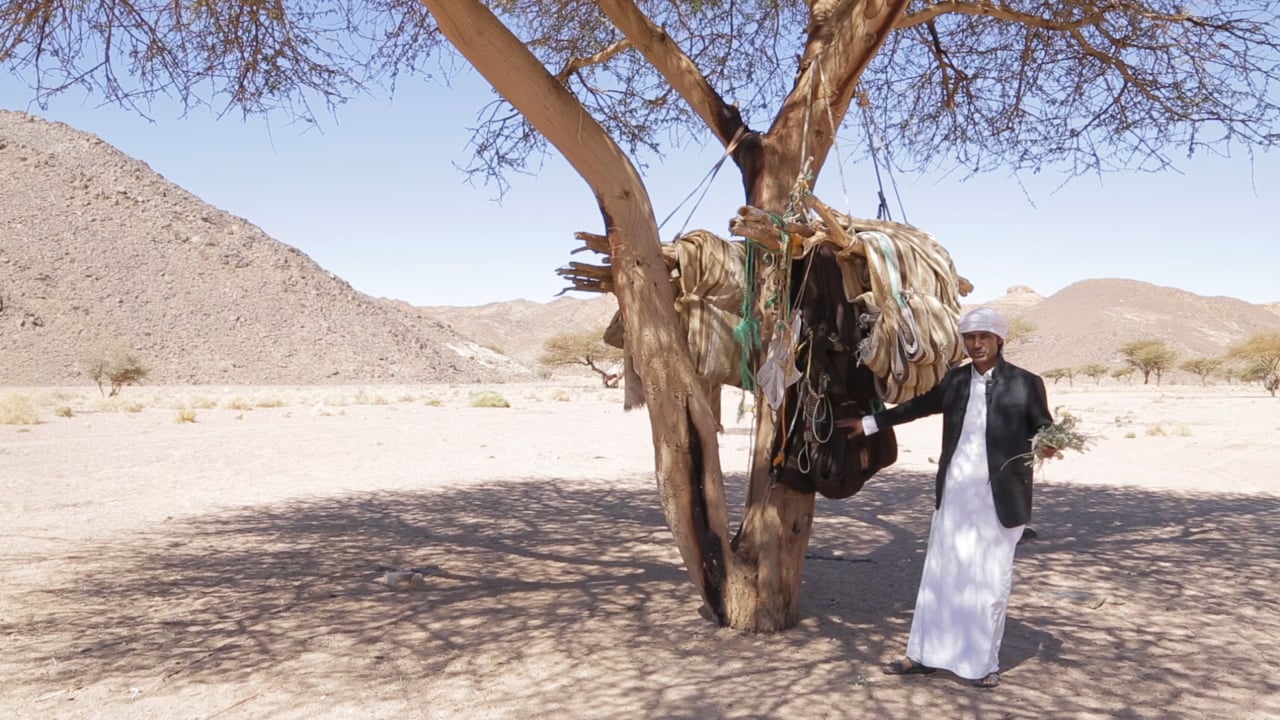 One of four short films (out of 8) that came out of a particpatory filmmaking project in South Sinai, Egypt using filmmaking and crafting to map Bedouin tribal borders. In Sheeza Said Khedra (Alegat Tribe) introduces us to some of the Mzeina community who live in central south Sinai. He explains the game called Sheeza and customs attached to migratory practices. The soundtrack is provided by goats and a girl playing the flute. The camera focuses on the landscape, and activiites of the community.

Part of a series of short films from A Different Sense of Space: How Bedouins Mapped the Sinai
https://bedouinborders.org