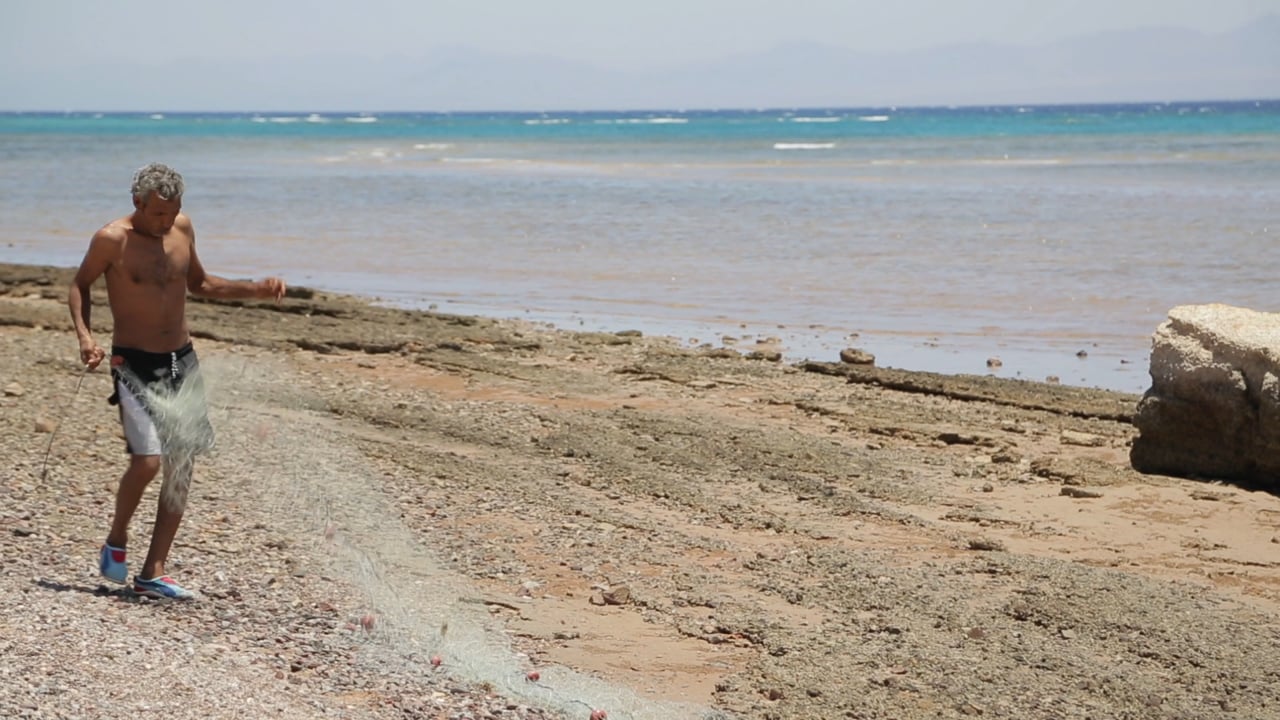 In the Fisherman, we see a man from the Mzeina tribe on the beach in Nuweiba, preparing to fish. The coast is a natural border. Bedouin tribes in this area first arrived from the other side of the Red Sea (Arabia) over 300 years ago. Up until the creation of nation states in the 19/20th century they would still travel back and forth quite easily over the sea. Today each tribe tends to fish when allowed but only in their territory. Both men and women fish by walking or swimming out to sea with a line. Some also fish by boat and harpoon. Some of this fishing is not 'legal' according to local regulations but most local communities rely on some kind of fishing for survival. This is not mass fishing.

Part of the Series A Different Sense of Space: How Bedouins Mapped the Sinai
https://bedouinborders.org