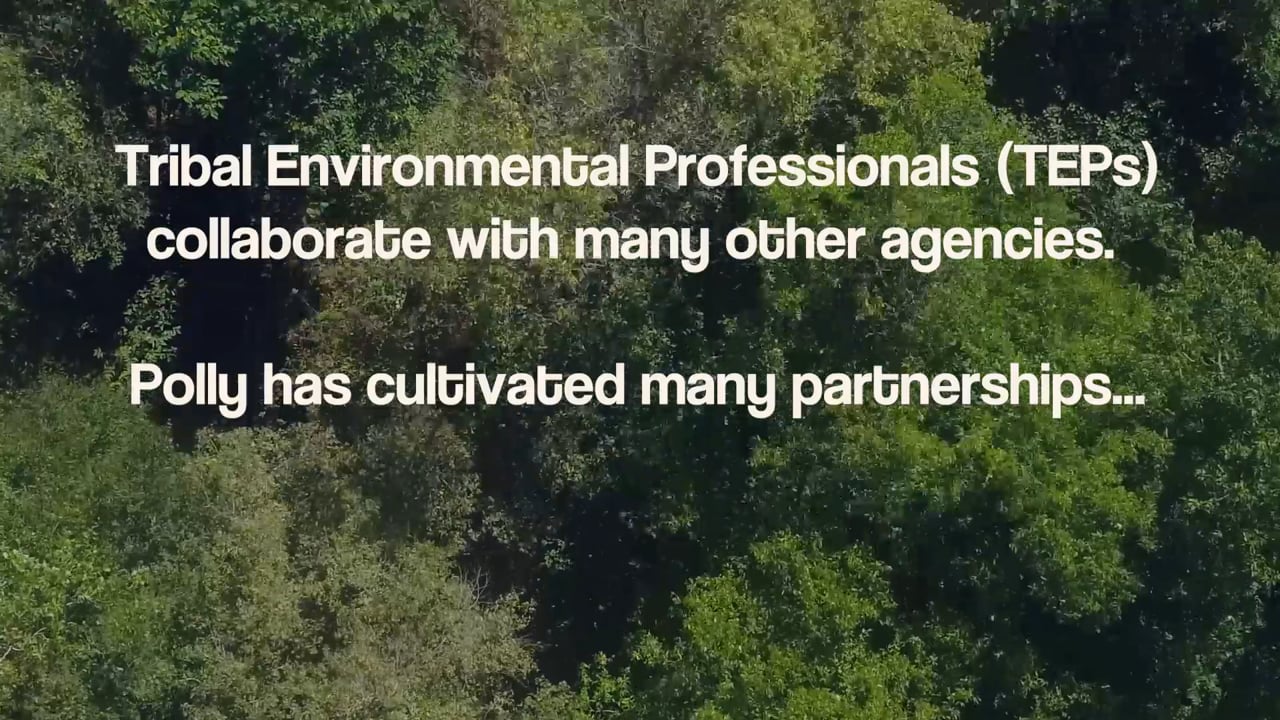 Inspired by Indigenous media made in Oaxaca, Mexico, I co-produced this 8-minute video with two Native undergraduates, Loren Waters (Cherokee and Kiowa) and Mia Riddle (Choctaw, Creek, and Chickasaw).

During the two years it took to coproduce this short film, we learned that Tribal Environmental Professionals (TEPs) serve Tribal and non-Tribal communities by monitoring water and/or air quality, remediating brownfields, managing natural resources, composing funding proposals, and/or overseeing educational outreach. To undertake these tasks, they work with entities such as Oklahoma’s Department of Environmental Quality, research centers at state universities, and federal science agencies such as the United States Environmental Protection Agency (EPA) and the United States Geological Survey. TEPs also collaborate together through organizations such as the Inter-Tribal Environmental Council and the Regional Tribal Operations Committee. We also learned vital clues about key Tribal leaders and Oklahoma representatives in Congress whose efforts led to the emergence of such Tribal environmental programs starting in the early 1990s.

Filmmaking allowed us to identify the scope of a larger research project, establish relationships that will facilitate a participatory-as-possible approach, and led to funding for a third TEP video portrait. It also somewhat redressed the hierarchies that all too often characterize research focused on Indigenous geographies. We worked as closely as we could with TEPs, not just to learn about their careers, but also to strategize on what aspects of their education and experience they most wanted to share with us and later viewers.

Selected Reviews
This is an informative film about the collaborative practices of Tribal Environmental Professionals, what it is and they do, using Polly Edwards as example.