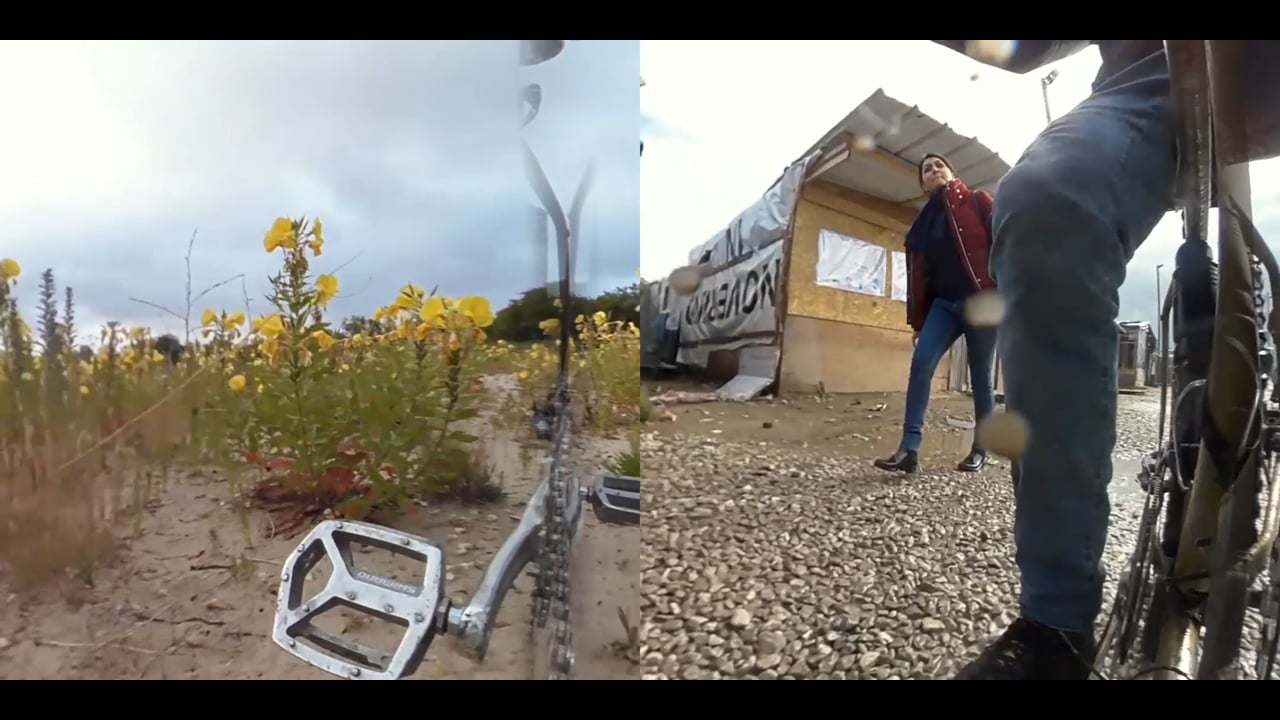 In 2016, the Jungle camp was home to an estimated 10,000 people and was largely self-built by both displaced people and volunteers working on the site, with little state or NGO intervention. Before the camp was cleared in November 2016, I had set out to explore the ways image-making practices might be symmetrised between researcher and research subject. To do this, I made and deployed the tandem bicycle with cameras and interview equipment used in the film, which could be piloted and ridden by the camp’s residents, volunteers and researchers to record an account of the lived experiences of displaced people in Calais, and the architectures that they had built. In the intervening years, the site has been turned into an ‘eco-park’, the landscape having been modified to be a home for birds, and a tourist attraction. In this setting, ‘natural’ ecology (or perhaps more accurately ‘greenwashing’) is cultivated to erase displaced people, their histories, and practices for survival. In 2019, in the camp-become-eco-park, instead of finding those that populated the roads, shops and shelters that I had encountered before, evening primrose flowers have taken root, thick scrub, a community of horses, artificially constructed sand dunes, various small ponds, boardwalks, and a bird viewing hide. These new ‘architectures’ take on a new function as part of wider bordering practice in France. The ponds flood the area to prevent people from being able to camp in the space, and the bird hide and newly built boardwalks provide the regularly patrolling CRS police with vantage points for surveilling the area.

Nice juxtaposition between the camp before and after it was cleared. Interesting to see just how quickly nature takes over the land. Shows off the huge scale of the camp.