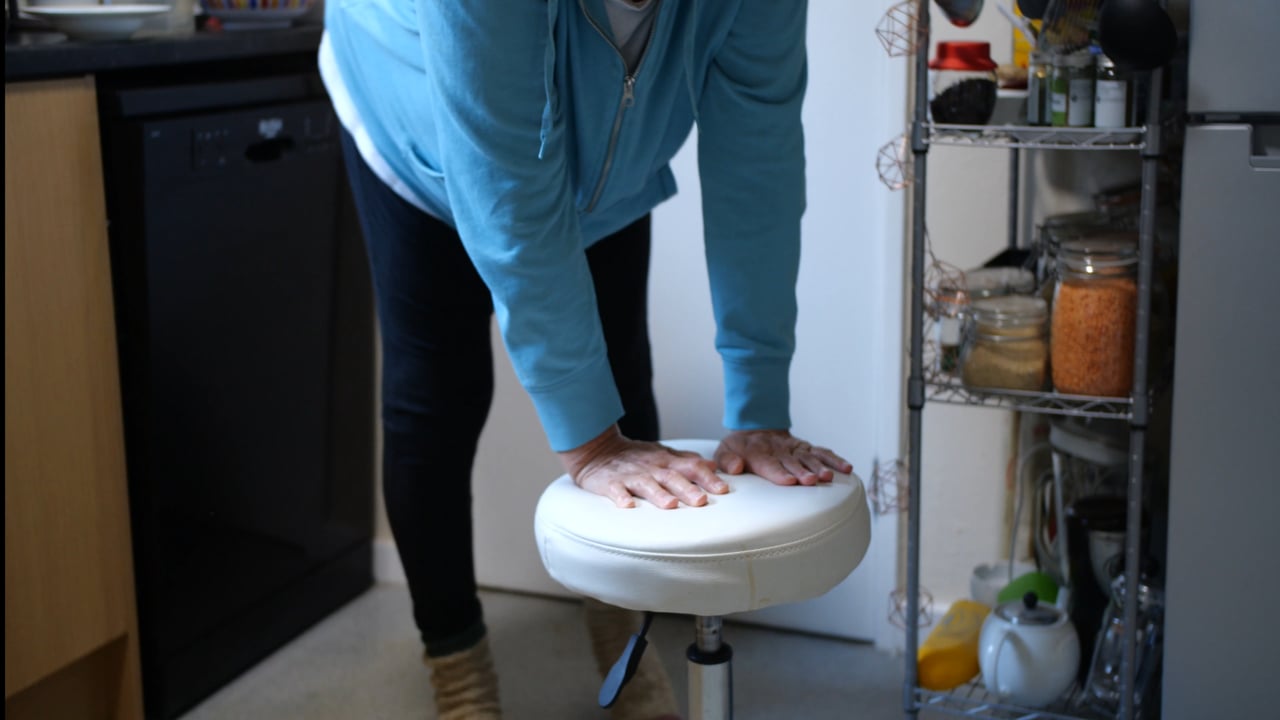 This film is part of a research project exploring the relationship between movement, place and chronic pain. The subject of the film, Emma, lives with persistent pain which contracts her use of space. Emma used to snowboard and Emma could probably still snowboard. This film offers images of Emma moving through familiar pathways in her kitchen overlaid with sounds of snowboarders and the Swiss Alps.

Alpen shows something of the intricacy of Emma’s movements: her rolling shifts in weight from side to side, the way she moves her hand to stool to knee on stool, spreading weight through multiple points of support as she moves round and round her kitchen. It points to the creative and highly skilled way that someone with chronic pain navigates and conjures space, and the intense creativity and somatic intentionality of the movement of relapse and recovery, positioning and re-positioning, within the movement of those who live with chronic pain.

This work led to further thought concerning the way the constant reparative shifting of weight or position, often demanded by pain, can generate an unsettled embodied affect (a kinaesthetic irritation) in others because it draws attention to pain. Not being to stay in one place signals an unreliable body that keeps changing its plans, having a change of heart , having to lie down and drawing attention to itself by taking up (from a non-pain perspective) too much space. Continuous adjustments like these can create, what film theorist Mary Anne Doane describes as ‘an overly present body’ (1985:206), that is too much where it is.

Selected Reviews
Interesting use of fixed image on a fridge
A wonderful and artful examination of the domestic and intimate space of a kitchen with texts that accompany the wordless unfolding narrative. So many layers can be discussed by students and viewers alike. I like the stark simplicity of this film.